Hue 4.9 and its new SQL dialects and components are out!

The Hue Team is glad to thanks all the contributors and release Hue 4.9! 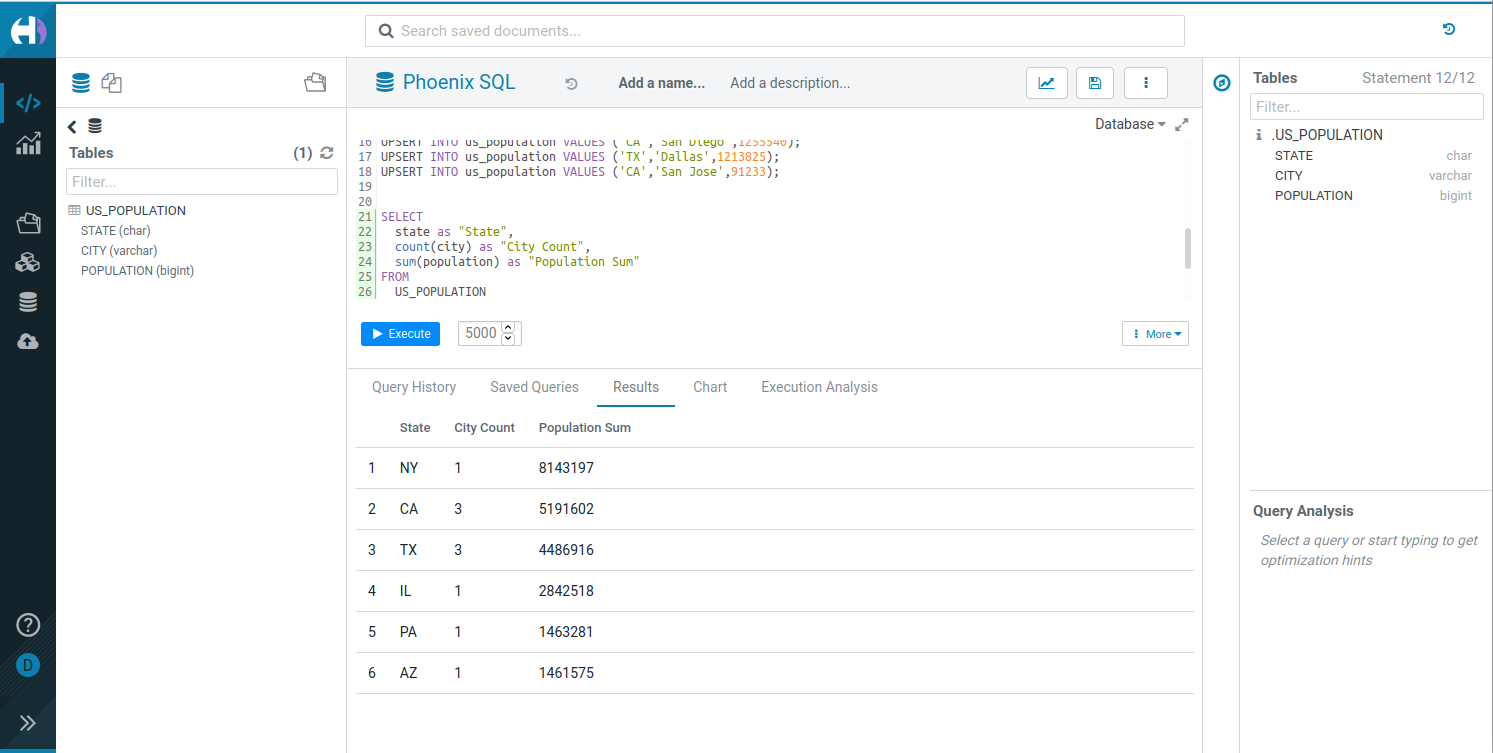 This release brings all these improvements on top of 4.8.

4.9 brings several improvements on top of the previous release. Several blog posts already detailed some of them, but here is a general summary.

First, the support of many SQL dialects has been improved, with in particular Apache Phoenix, Dask SQL, Apache Flink SQL. Complete end to end tutorials with Docker compose environments have been developed so that you can start poking around in 2 clicks.

The Editor is also getting split up into components, so that they are cleaner and easier to reuse (e.g. SQL parsers, SQL Scratchpad…). This will bring a new version of the Editor, which is currently in beta. Another improvement in the introduction of the Connectors (in beta too) so that SQL dialects can be easily added without any server restart.

Secondly, special thanks to the community who contributed a brand new Dask SQL autocomplete (ISSUE-1480) and also Prometheus Alerting for Kubernetes (PR-1648).

Dask SQL is a great way to leverage your existing Python libs by directly calling them via SQL. You can even create your own ML models like you would create a table. Read more on the documentation.

Flink SQL is getting friendlier with more sophisticated syntax autocomplete for critical functions like TUMBLE().

The autocomplete is also getting smart enough to suggest JOINs on tables with Foreign Keys. 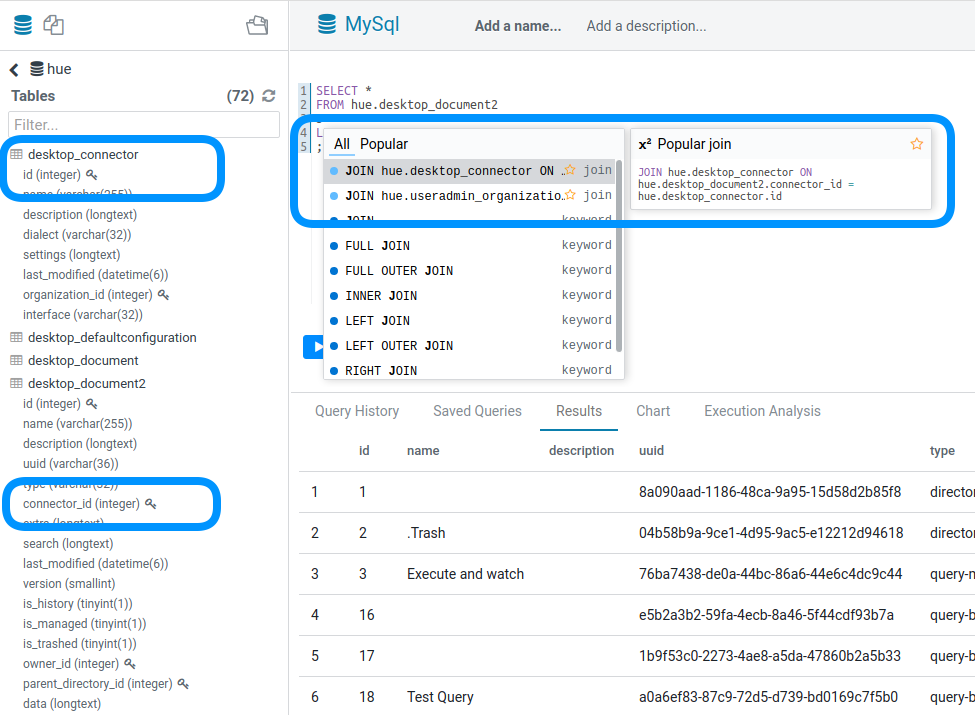 The tech stack continues to get modernized as Python 3 is now the default in the latest Docker image and the port from Django 1 to Django 2 was done (and Django 3 is next).

It has more than 600+ commits and 200+ bug fixes! For more details on all the changes, check out the release notes.

Go grab it and give it a spin!

Any feedback or question? Feel free to comment here or on the Forum and quick start SQL querying!

Romain from the Hue Team