HiveServer2 had SSL enabled so Hive Editor could not connect to HiveServer2. HiveServer2 logs showed SSL errors indicating that it received plaintext (good hint at the cause)

Solved by adding this to the Hue Safety Valve:

The same Hue behavior occurred after making the change, but now the HiveServer2 log showed authentication failure due to err=49

So, we added the following to the Hue Safety Valve:

We solved this by adding the following to the HDFS > Service-Wide ->Advanced>Safety Valve for core-site.xml.

After this, the default database was displayed, but we could not do a show tables; or anything else. Beeline had the same behavior.

We did a grant for the group to which the user who was attempting the Hive actions and then that problem went away.

All queries were working and Hue is querying Hive/Impala and returning results! 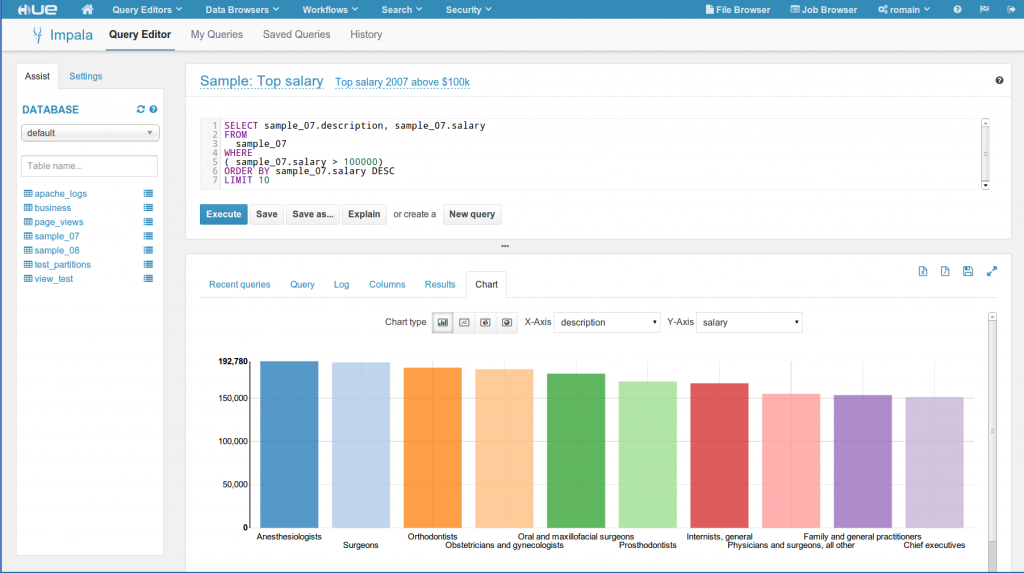 Hue 4.6 and its improvements are out!