SSL Encryption between Hue and Hive

This blog post was originally published on the MapR blog.

While big data security analytics promises to deliver great insights in the battle against cyber threats, the concept and the tools are still maturing. In this blog, I’ll simplify the topic of adopting security in Hadoop by showing you how to encrypt traffic between Hue and Hive.

Hue can communicate with Hive over a channel encrypted with SSL. Let’s take a look at the interface and the handshake mechanism first before trying to secure it.

Note: HiveServer2 currently does not support SSL when using Kerberos

The basic high-level idea concept behind the SSL protocol handshake mechanism is shown in the diagram shown below, where Hue is the SSL Client, and Hive is the SSL Server: 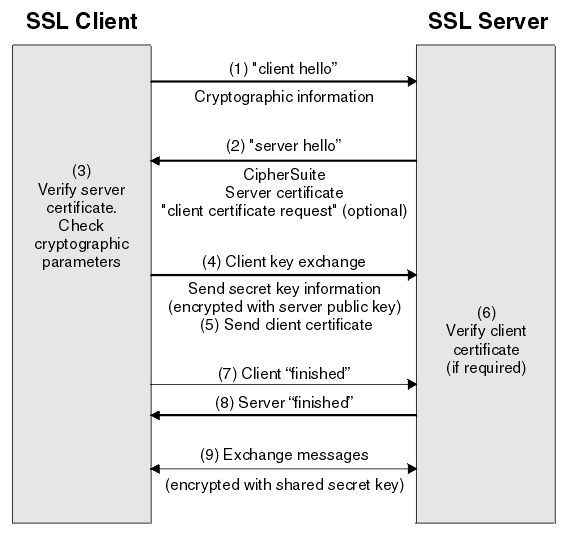 a. SSL Client (Hue) opens a socket connection and connects to Hive. This is then encapsulated with a wrapper that encrypts and decrypts the data going over the socket with SSL.

b. Once Hive receives an incoming connection, it shows a certificate to Hue (which is like a public key saying it can be trusted).

c. Hue can then verify the authenticity of this certificate with a trusted certificate-issuing authority, or it can be skipped for self-signed certificates.

e. Hive decrypts the message with its private key.

The Hive-side uses Java keystore certificates and public/private keys and Hue’s Python code calls the SSL library implemented in C. Much of the complication arises in not having one uniform format which can be understood by all languages—Python, Java and C. For example, the SSL C library on the client side expects a private key from the SSL server, which is not a requirement in a pure java SSL client implementation. Using the Java keytool command, you cannot export a private key directly into the pem format understood by Python. You need an intermediate PKCS12 format.

Let’s step through the procedure to create certificates and keys:

a. Import the keystore from JKS to PKCS12

c. Strip the pass phrase so Python doesn't prompt for password while connecting to Hive

Then the following needs to be setup in Hue’s configuration file hue.ini under [beeswax] section:

Then make sure no custom authentication mechanism is turned on and configure your hive-site.xml with the following properties on Hive 0.13:

Suhas Satish is a Hadoop ecosystem software developer at MapR Technologies and has contributed to Apache Pig, Hue, Hive, Flume and Sqoop projects. Suhas has an MS in Computer Engineering from North Carolina State University and a B.Tech in Electronics & Communications Engineering from National Institute of Technology Karnataka, Surathkal, India.