Start developing Hue on a Mac in a few minutes!

You might have already all the pre-requisites installed but we are going to show how to start from a fresh Yosemite (10.10) or El Capitan (10.11) install and end up with running Hue on your Mac in almost no time! 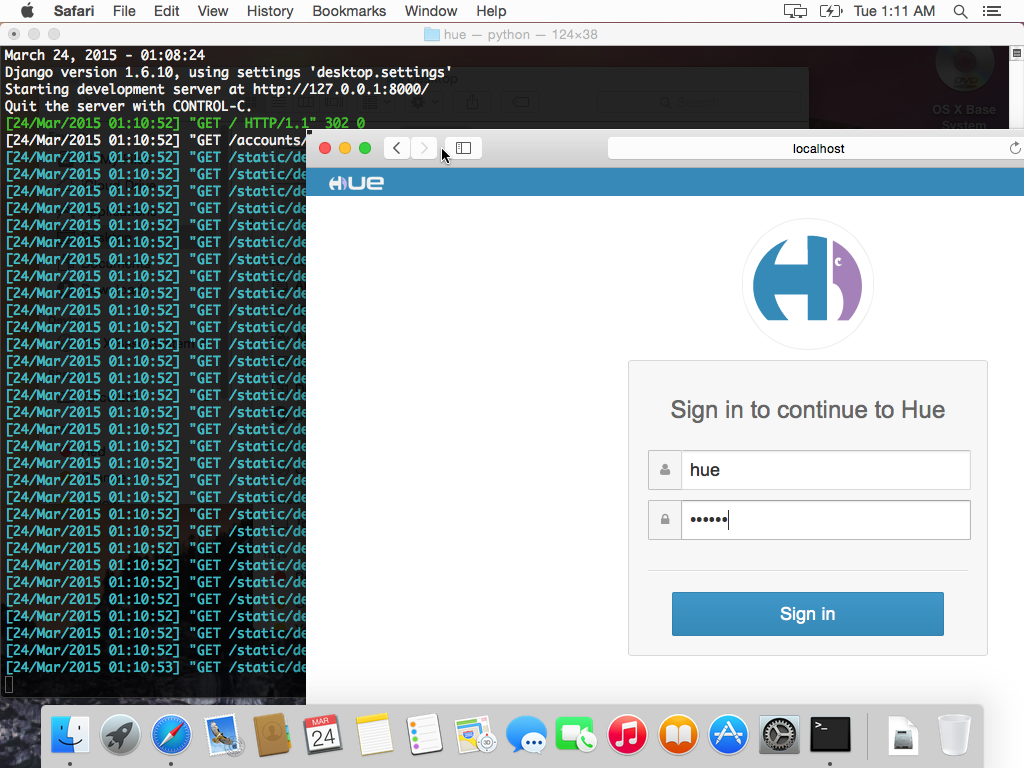 We are going to be using the official Quickstart VM from Cloudera that already packs all the Hadoop ecosystem components your Hue will talk to. If you don’t have the latest already downloaded and running, please visit this link and choose the versions that suits you the best.

In the meanwhile, let’s set up your Mac!

To clone the Hue Github repository you need git installed on your system. Git (plus a ton of other tools) is included in the Xcode command line tools. To install it open Terminal and type

In the dialog choose “Install”. If on Terminal you have the message “xcode-select: error: command line tools are already installed, use “Software Update” to install updates” it means you are almost good to go already.

From Terminal, navigate to a directory where you keep all your project and run

You now have the Hue source code in your Mac.

The build process use Java to run. A quick way to get to the right download URL from Oracle is to run from Terminal

and then click on the “More info” button on the dialog that appears. On Oracle's website, accept the license and choose the Mac OS X JDK link. After the DMG has been downloaded, open it and double click on the installation package. Now, if we return to the Terminal and type again

we will have the version of the freshly installed JDK. At the time of writing, 1.8.0_40.

Hue uses several libraries that are not included in the XCode command line tools so we will need to install that too. To do that we will use Homebrew, the fantastic open source package manager for Mac OS X. Install it from Terminal with

You will need to enter your password to continue. Then, as suggested by the installation script, run

If you already have Homebrew installed, just update it running

As a first thing, we need to install Maven 3

And then Mysql to have the development libraries for it

This will install also lib-openssl. Let's go on install GMP

Step 3b (just for El Capitan and Sierra): export ENV variables for openssl

If you have OS X El Capitan or macOS Sierra, you need an extra mini step to be able to make Hue:

from the Hue folder that was created by the git clone in step 1. After a while, if everything goes as planned, you should see as a last build message something like “N static files copied to …". 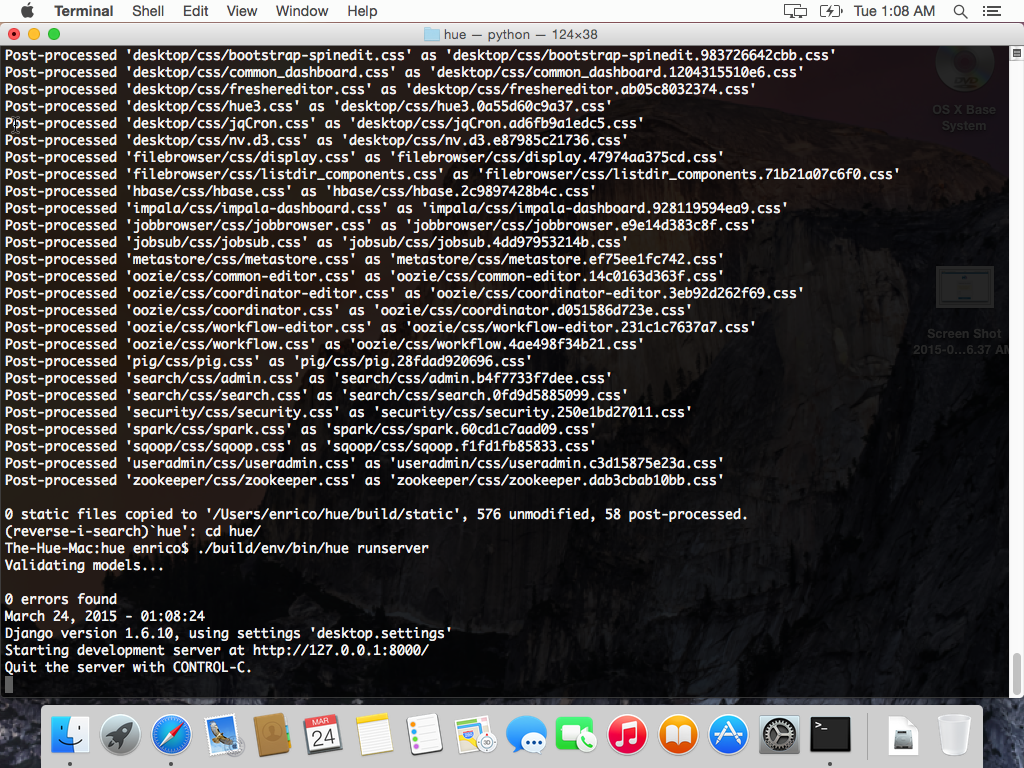 Hue comes with a default configuration file that points all the service to the local machine. Since we are using a VM for this purposes, we will need to change several conf lines. For your convenience, we have the file readily available here.

Just copy this file over to your hue/desktop/conf folder! 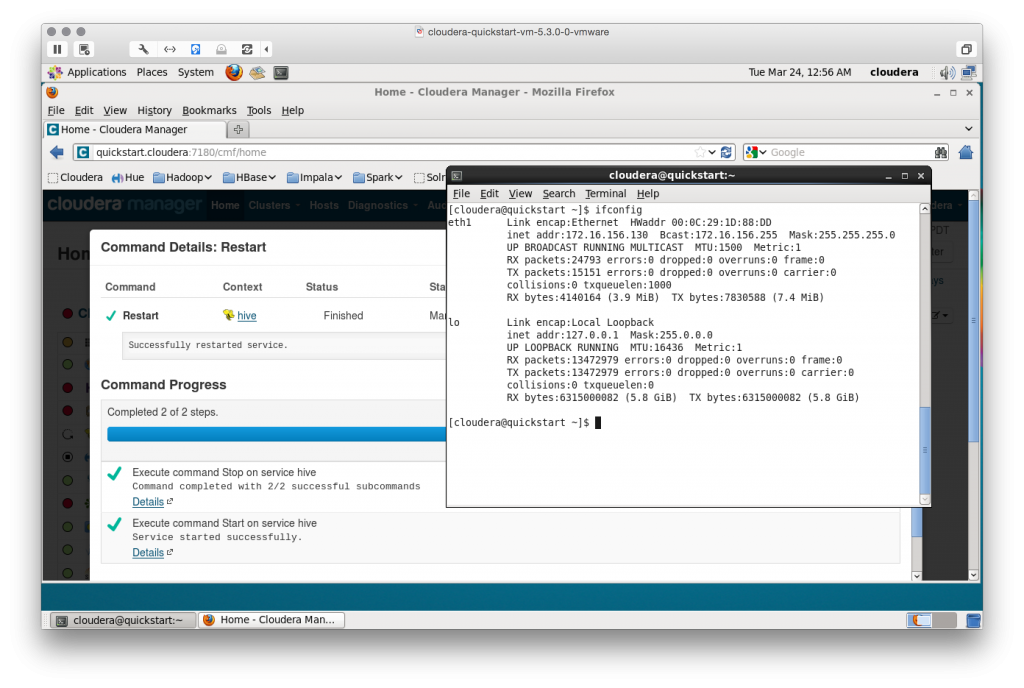 and add the line

with the IP you got from the VM. Save and you are good to go! 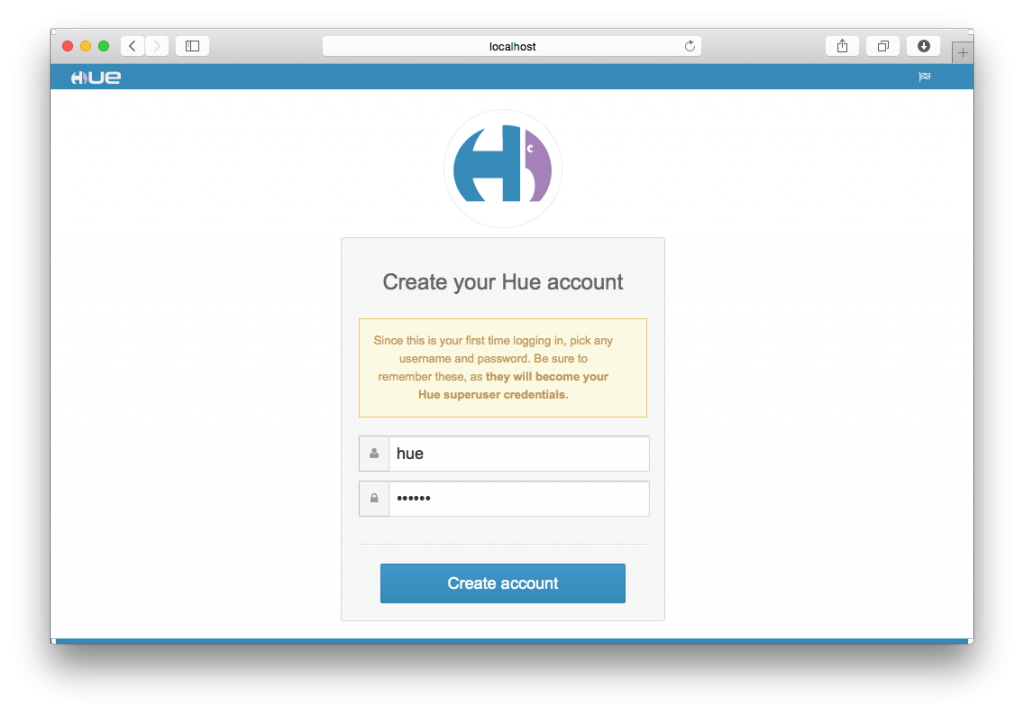 Hue 4.11 and its new dialects and features are out!