Hue has just blown its 10th candle. Hue was created when Apache Hadoop was still in its infancy before becoming mainstream (read more about the Hadoop story in Hadoop is Dead. Long live Hadoop).

Hue originally was a part of Cloudera Manager, which was proprietary and focused more on the administrators but was then moved out to its own open source project in version 0.3. Hue then gradually evolved from being a desktop like application to a modern single page SQL Editor (and is at version 4.6 as of today).

Through continuous iterations, Hue kept improving on its main goal: facilitating the ease of use to the data platform. The user base primarily consists of anybody looking at querying data: e.g.: 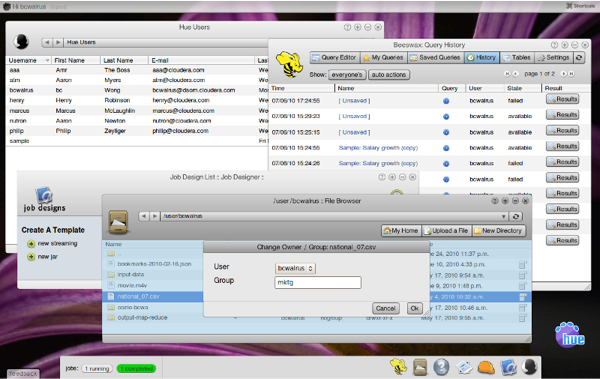 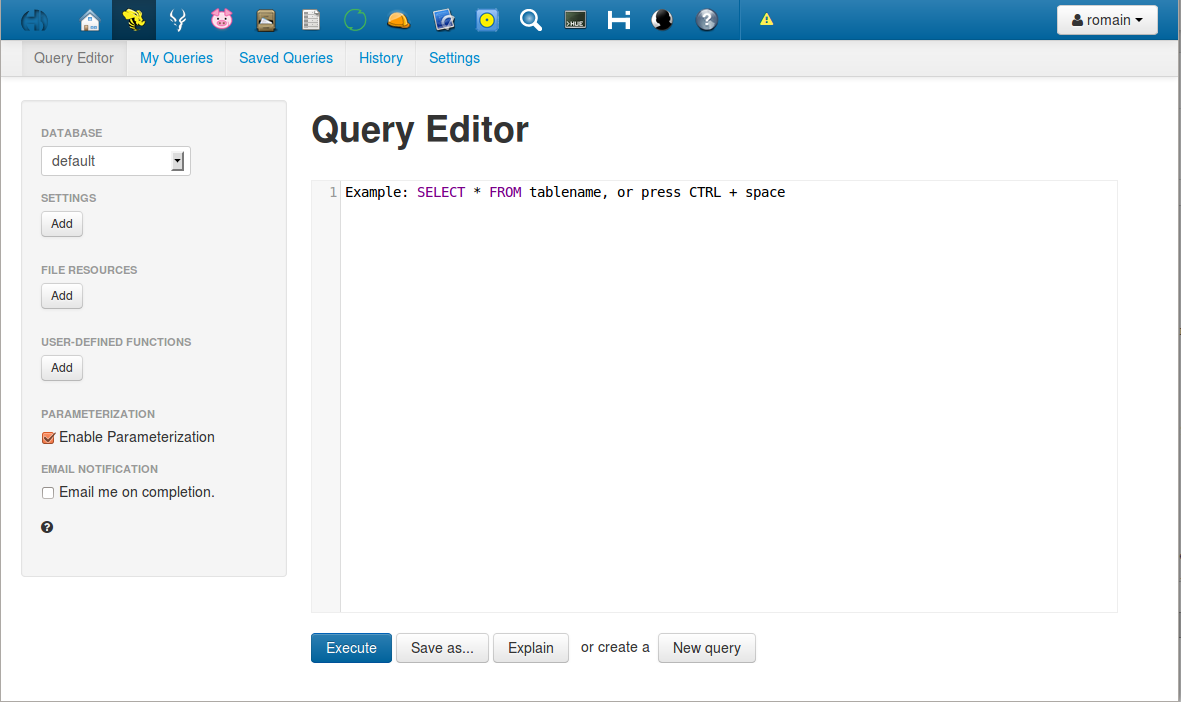 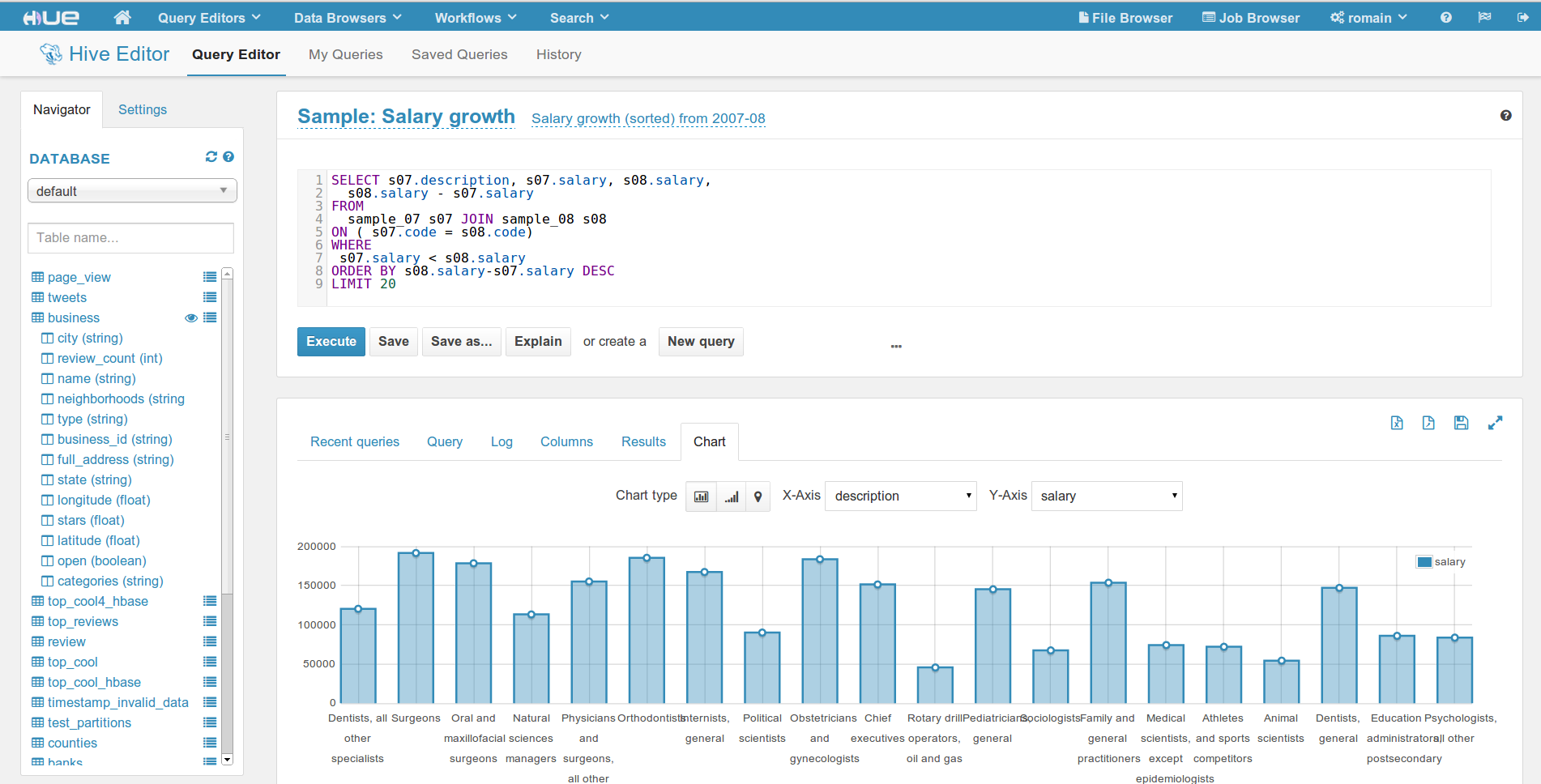 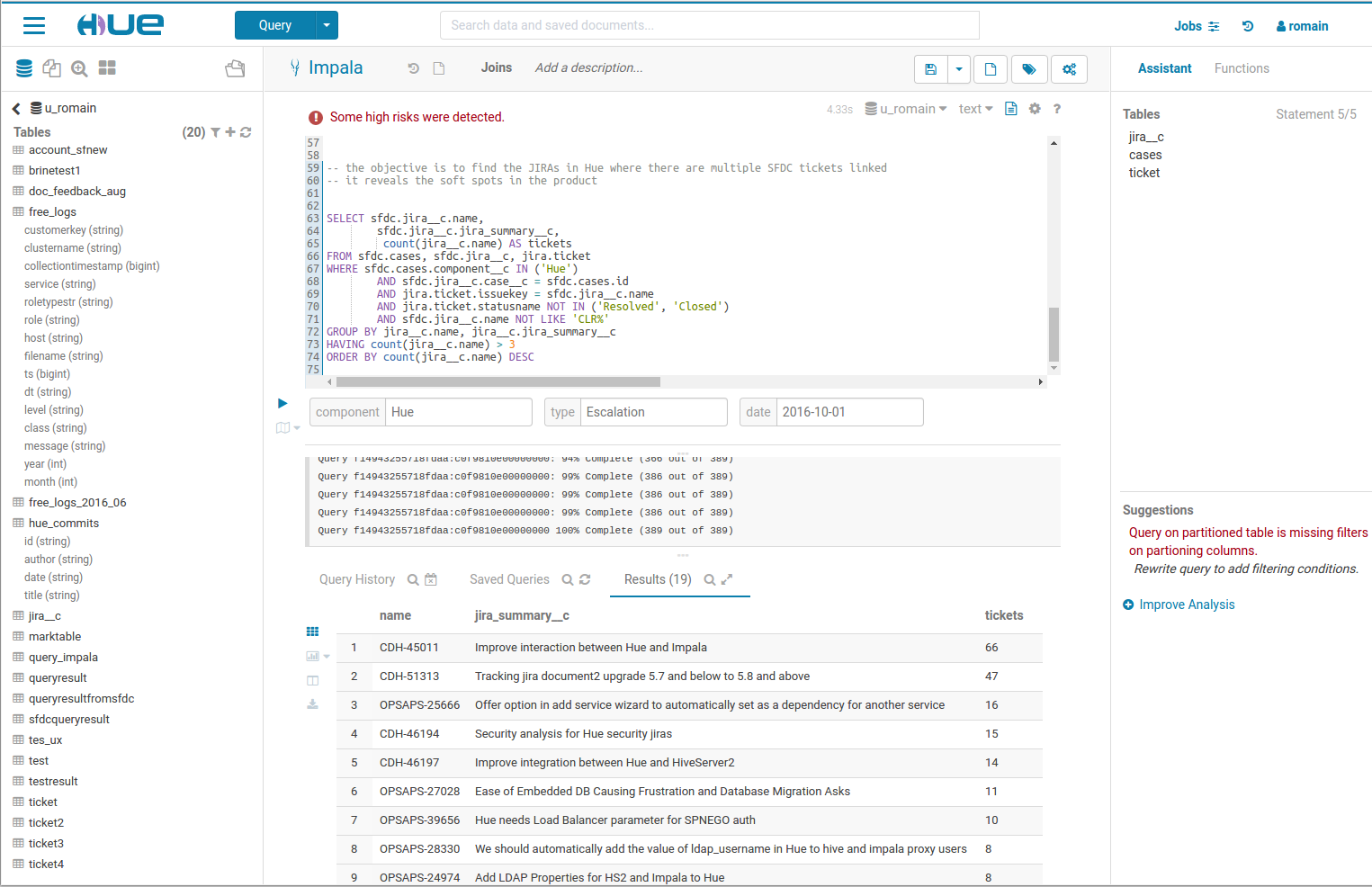 Hue 4 (2017) - Major revamp of the interface turning Hue into a modern and simpler single page app. Next steps of SQL intellisense with smart recommendations, risk alerts and data catalog integration

With the merging of Cloudera (CDH) and Hortonworks (HDP) distributions into CDP (Cloudera Data Platform, then available in Data Center or Cloud), Hue is becoming ubiquitous and available to even more users via:

Upstream Hue is also shipped in several other distributions like AWS EMR, IBM Open Data Hub and has an active community. 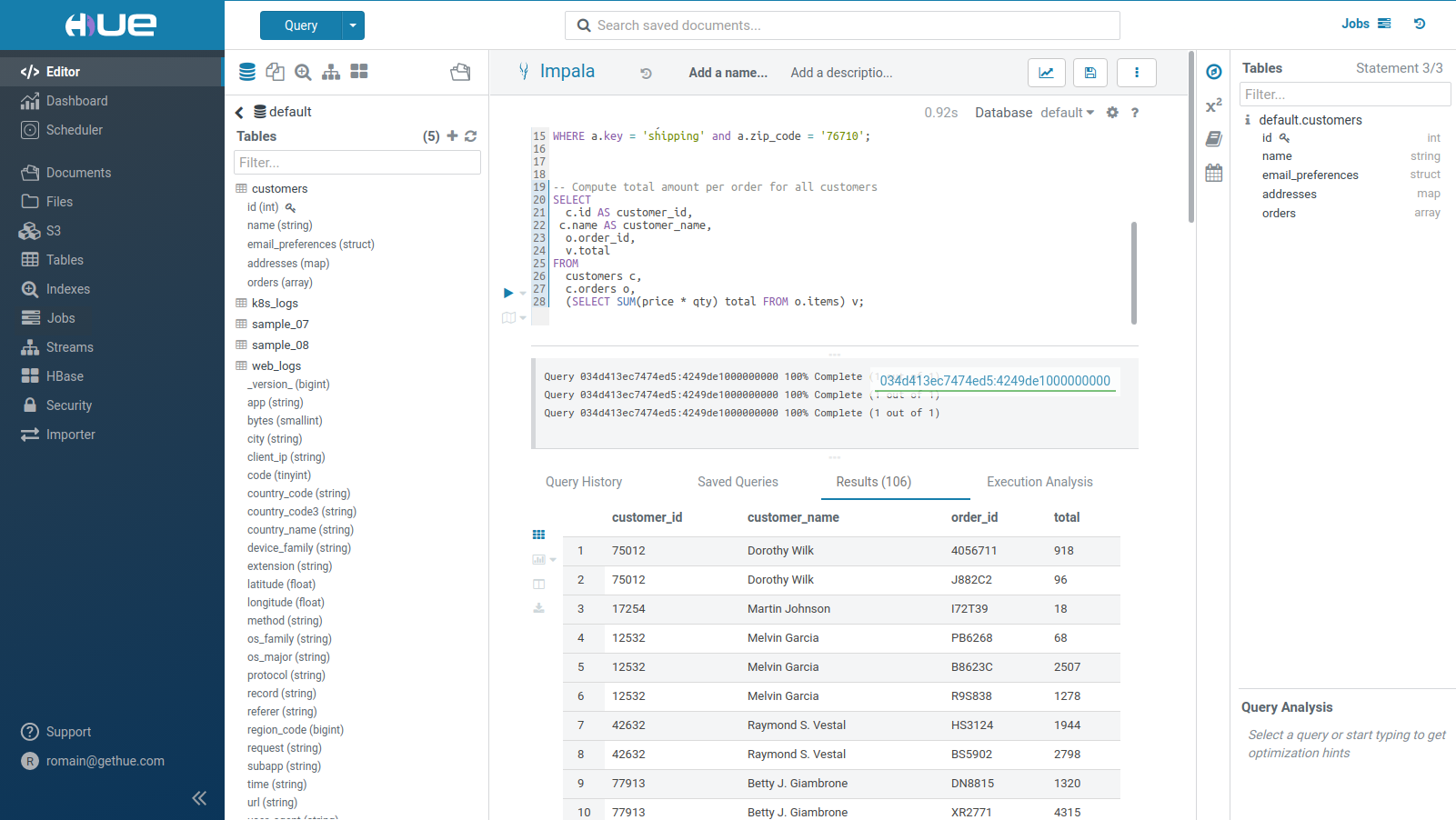 In 2020, the upcoming Hue 5 is specializing even more into Data Warehousing and has for focus to provide the best SQL Cloud Editor:

We will deep dive in greater details on the querying capabilities of the SQL Cloud Editor in part two of this series of 10 years of evolution of Hue. Until then, feel free to comment here or on the Forum and quick start SQL querying!

Romain, from the Hue Team