Hue has been shipping SAML 2.0 authentication for quite some time. SAML 2.0 is an alternative to LDAP which lets you provide single sign on (SSO) in your company so that users can use the same login/password in all the systems. Unfortunately our support for SAML 2.0 was limited to a few small use cases.

In the upcoming Hue 3.8.0 / CDH 5.3.0, we now support all of the main SAML 2.0 web profile features. In addition to allowing for single login, Hue now lets you perform:

Along the way we fixed a number of bugs in Hue (HUE-2458) and contributed back a number of fixes to the awesome Python libraries PySAML2 and djangosaml2. With these changes, Hue now is able to use these upstream packages instead of our old fork of these repositories. Here’s below an updated version of the SAML 2.0 guide.

Have any questions? Feel free to contact us on hue-user or @gethue!

In SAML 2.0, there are 2 basic components: the Service Provider (SP) and Identity Provider (IdP). The typical flow from SP to IdP is made obvious in following image. 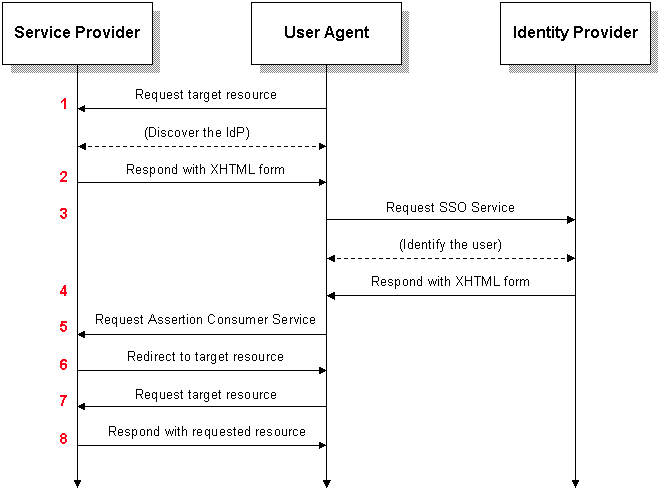 Hue acts as a service provider with an assertion consumer service (ACS). It communicates with the IdP to authenticate users. Hue also provides a couple of URLs that enable communication with the IdP:

When a user logs into Hue through the SAML backend, a new user is created in Hue if it does already not exist. This logic is almost the same as the LdapBackend. It is also configurable via the create_users_on_login parameter.

The following is a demo of how to setup Hue to communicate via SAML with a Shibboleth IdP.

This demo is performed on CentOS 6.4 and assumes the following projects have been installed and configured:

Shibboleth IdP is installed to “/opt/shibboleth-idp” and has the following custom configurations:

OpenDS was installed and 2000 users were automatically generated. Then, a user “test” was added with the password “password”.

The libraries that support SAML in Hue must be installed:

The above commands will also install:

Note: The SAML libraries are dependent on xmlsec1 being available on the machine. This will be need to be installed and readily available for Hue to use.

Hue must be configured as a SP and use the SAML authentication backend.

1. Hue as a Service Provider

In the SAML 2.0 architecture, Hue acts as the SP. As such, it must be configured to communicate with the IdP in the hue.ini:

The key_file and cert_file can be copied from the Shibboleth IdP credentials directory (“/opt/shibboleth-idp/credentials/”). The files idp.key and kdp.crt correspond to cert_file and key_file, respectively. These files should already be in PEM format, so for purposes of this demo, they are renamed to key.pem and cert.pem.

The metadata_file is set to the file containing the IdP metadata (“/tmp/metadata.xml”). This can be created from the XML response of “http://

The table below describes the available parameters for SAML in the hue.ini.

The SAML authentication backend must be used so that users can login and be created:

SAML and Hue in Action

Now that Hue has been setup to work with the SAML IdP, attempting to visit any page redirects to Shibboleth’s login screen: 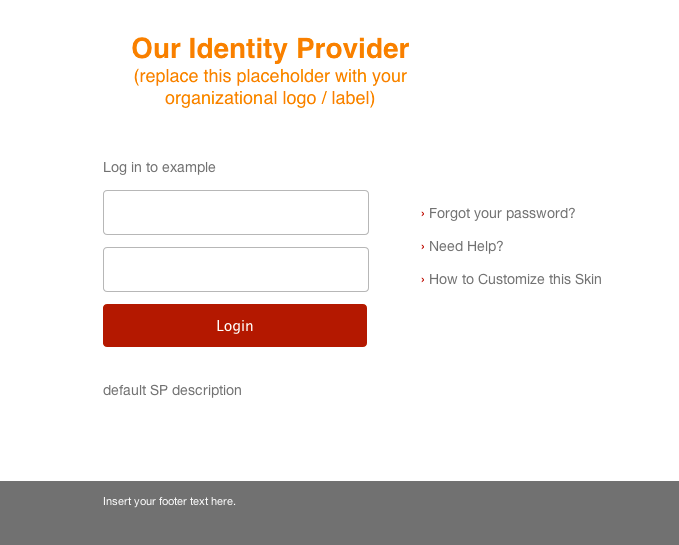 After logging in, Hue is readily available and visible!

Providing SSO support through SAML helps enterprises by enabling centralized authentication. From a user’s perspective, life is easier because it removes the burden of password management. After a user has logged in, they adhere to the same permissions and rules as other users.

Have any suggestions? Feel free to tell us what you think through hue-user or at @gethue.